A dream destination for some people, the Bahamas are among the most beautiful places in the world. However, beyond the postcard image, the archipelago hides a diversity and unsuspected character if you are willing to get off the beaten path.

Sailing to the Bahamas

Among dream destinations, the archipelago of the Bahamas undeniably arrives in the lead. Paradoxically, this group of islands is not very well known. At least if you decide to move away from the two or three big spots. Indeed, besides the few very famous places always advertised, the Bahamas has lots of hidden treasures, mostly for the boater who will find an extraordinary playground there.

Located between two and three hours away from the Florida coast with a good boat, the Archipelago stretches over 61 millions acres and has about 700 islands and islets spread out in a huge turquoise water lagoon. In fact, the submerged parts represent only 3 or 4% of the total surface of the country. The rest turns out to be a superb place for sailing or big game fishing, national sports in the Bahamas.

For people from the cruise ships or those who arrive by plane, Nassau is usually their first destination. It is also the capital of the country, established on the island of New Providence. The city brings together the administrations, the majority of the population and also some very good restaurants. A cruise ship stopover, Nassau offers a lot of hotels including the famous Atlantis complex, located on Paradise Island, which combines tourist residences and water amusement park. Built from a free inspiration of the city of Atlantis, the place deserves a stop of one or two days. Giant aquariums, vertiginous toboggans, sharks in captivity and a pool with dolphins are the main assets. If you want an incredible night, you can book the room on top of the arch with an incredible view. The Ocean club is also a very good place, maybe just to feel like James Bond during Casino Royal. 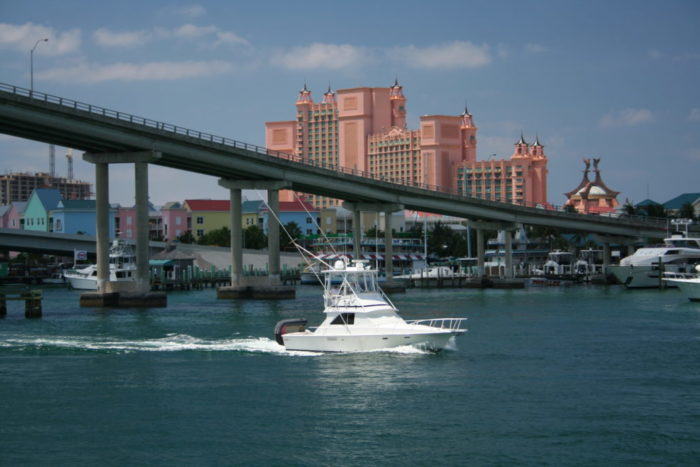 Inside the town, don’t miss Potter’s Cay, a small fruit and vegetable market, typical and ideal for eating a conch salad. For souvenirs, you can bargain at Straw Market, a place where you can find almost everything. If you like culture, two places can’t be missed; the Pirate Museum and the beautiful collection of modern art of the city. 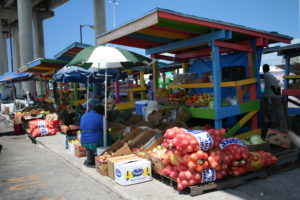 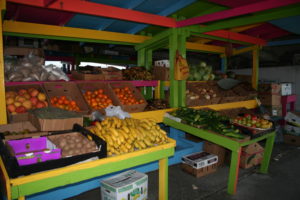 Finally, there are two marinas in Nassau, one for yachts and big boats and the other one is the starting point for Powerboat Adventures, a company that offers you exploration of the islets of Exuma on board an high speed powerboat with maximum sensations!

The Out Islands, the Soul of the Bahamas

Although located in the same archipelago, the Bahamas islands offer great diversity from one island to another. In fact, there are two families of islands: Grand Bahama and Nassau-Paradise Island, the most populated and most touristy part and all the others, called Out Islands, much wilder and more authentic. For the boater, the port of Nassau is a good starting point, either to rent a boat, or to enjoy all the services before sailing to another island.

Of all the islands of the archipelago, the best known is probably Bimini. Located just 49 nautical miles from Miami, it remains a favorite destination for Americans because it is possible to go there for one day, just time enough to taste the exotic flavor of this island. In addition, Bimini has earned a global reputation for deep-sea fishing with its west-facing waters and Gulf Stream influence. A configuration that allows Marlins, Tarpon and other Swordfish to proliferate. The island also owes its fame to dive sites and to the presence of Ernest Hemingway, in 1935. The writer was a fishing lover and he also appreciated food, wine and all the pleasures of life. Hemingway spent a considerable amount of time in Bimini where he wrote, “To Have and Have Not.” 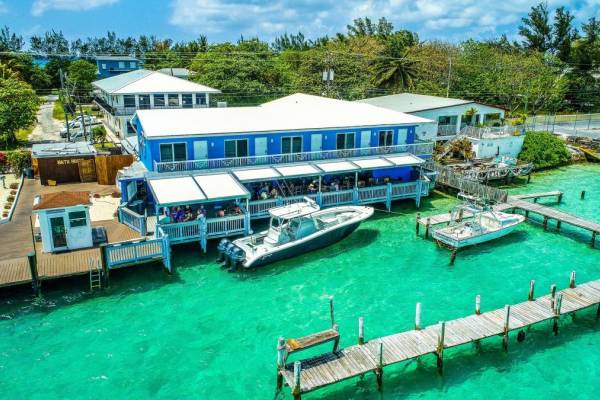 On the east of New Providence, and north of Eleuthera, Harbor Island is a thin strip of land known for its lagoon and pretty village with colorful wooden houses, some of which are over 100 years old. The access is easy by boat and there is a small marina where you can dock. You can also drop your anchor in front of the unique pink-sand beach. This place is absolutely beautiful with lush vegetation, a friendly population and the very quiet beach of The Dead Tree. Take the time to exchange a few words with a conch fishermen and even to eat the fresh shell directly on the beach. 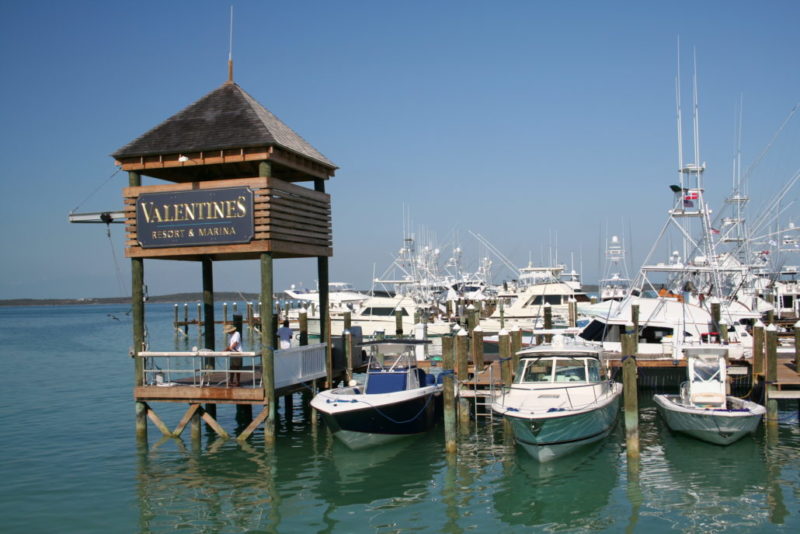 After the bucolic Harbor Island, you can continue your journey to Andros. Totally different from Harbor Island, Andros is the most westerly island of the Archipelago. It is also the closest to Cuba, which earns it a US military observation base. Very flat and relatively arid, the island has quite poor vegetation. There are not a lot of marinas or places to dock your boat, but you can find an “international” airport or a place you can resume to a small hut with colorful walls. Andros is also famous for its coral reef, the third longest in the world at 140 miles. If you want to stop by for a night or longer, there is an ecolodge. To get there, you have to sail through the various inlets lined by the mangrove before reaching a dream beach. A few wooden buildings, cleverly hidden in the palm trees, form an ecolodge, a kind of ecological holiday camp. You can go there with your boat as most of the activities are around the sea. Snorkeling offers great surprises for you and you do not have to go far to judge the richness of the wildlife. Multicolored fish, gorgeous coral and some groupers entertain the divers. If you like fishing, Andros has also become the world’s fishing capital for Bonefish (fly fishing). 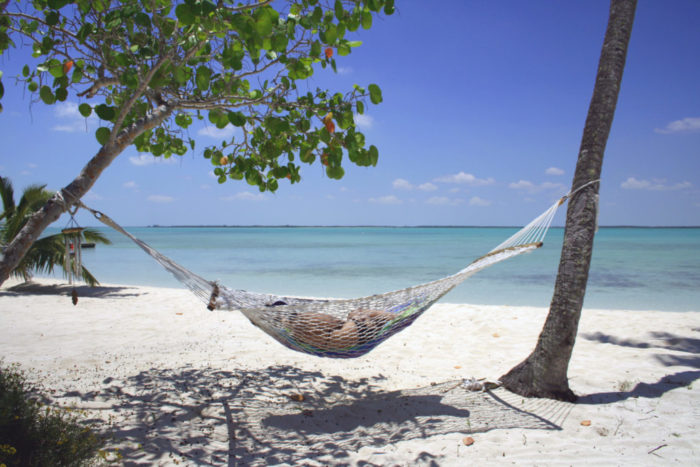 As a last surprise, if you come here by boat from New Providence, you are likely to encounter what is called “blue holes.” These dark patches in the sea are the visible part of huge underground corridors whose other end comes to the surface of an island. There are hundreds of them in the archipelago, which is sometimes several miles long, to the extent that no one has been able to fully explore them yet. 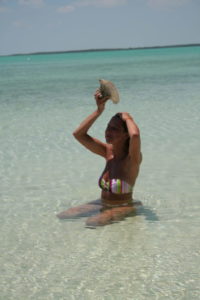 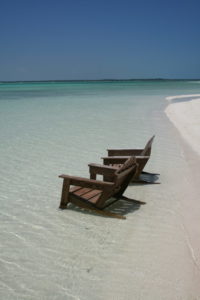 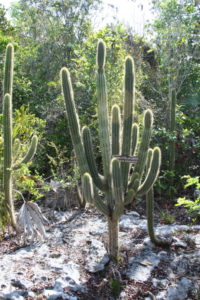 In the north of the archipelago is Grand Bahama, the second most popular  island of the Bahamas for tourism. It includes Freeport / Lucaya, one of the largest marinas in the Bahamas, as well as beautiful resorts. The beaches are not outdone, like the most famous, Gold Rock Beach. This beach is located in Lucayan National Park, which is protected by the Bahamas National Trust and offers  incredible, clear water.

To the northwest is Abaco, an important group of islands and islets which are considered the capital of yachting. In addition to some beautiful marinas including Treasure Cay or Marsh Harbor, Abaco has many destinations for both sailing and big-game fishing. Every year, Treasure Cay hosts one of the most famous fishing competitions in the Bahamas. The marina also offers special rates for a room when you come with your boat. 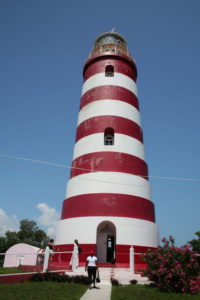 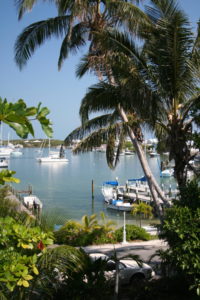 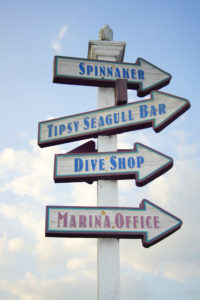 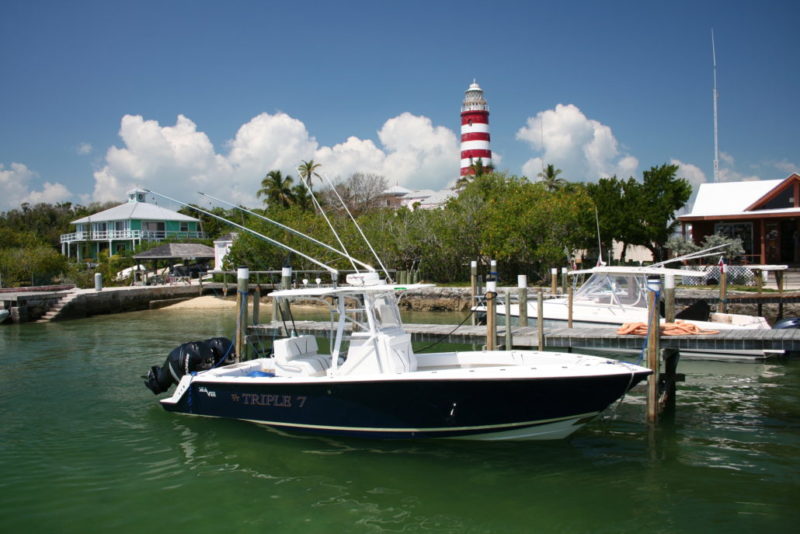 On the land side, the island is almost like a huge pine forest. From Marsh Harbor, head east to Hope Town. The lighthouse that shines at night has become the symbol of the Abacos. The anchorage is safe and there is a fuel pump and even a boat dealer. On the island, the small streets are also worth seeing. On each side, small and colorful houses give the place a New England appearance but in the middle of tropical flowers. Here, the color seems to take on its full dimension. 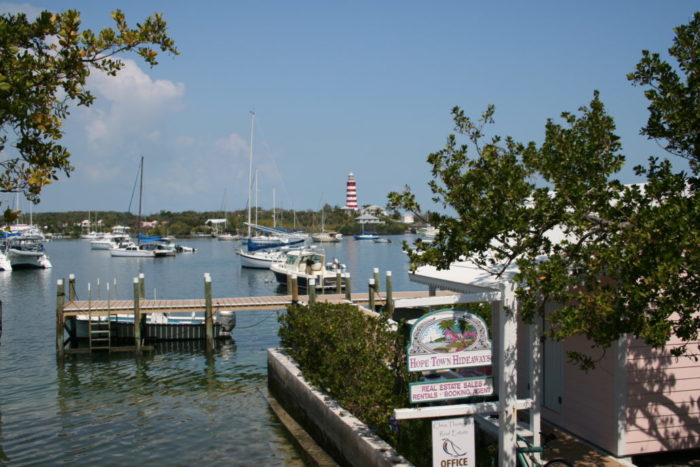 A little further north, Green Turtle Cay holds incredible surprises in store for you. Its decor is just magical. We are less than 200 nautical miles from Florida but you will feel at the end of the world. In addition to the beautiful village, this place is known for snorkeling and diving. The good address is undoubtedly the Brendal’s dive center. Besides the fact that Brendal knows the area like his pocket and fishes by their name, he ensures, during the outings, an unforgettable atmosphere, even if the sharks sometimes come around the boat … Green Turtle Cay is also, as its name indicates, one of the popular places for sea turtles. 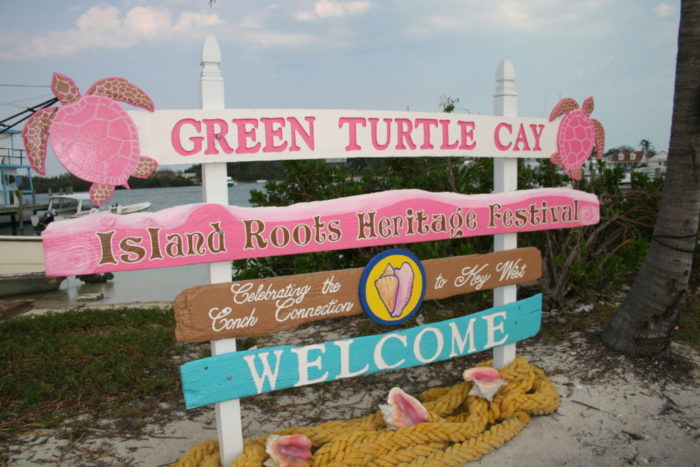 In contrast to the northern part, the south of the Archipelago is dotted with smaller sized islands. Distances are longer and if you want to reach them by boat, you will need several hours or days. Further from the United States and more isolated, these small pieces of land each have their history. In Inagua, the largest of the southern islands, there is a huge ornithological reserve where more than 60,000 flamingos live, but also a significant salt production. San Salvador, evocatively named, marks the point of arrival of Christopher Columbus when he discovered the new world. Mayaguana, the easternmost island, is inhabited only by 312 residents but this place is a good stopover for boats that continue to the rest of the Caribbean.

Even quieter, Cat Island is a place full of mystery. In addition to its very low population density, the island has kept for memory the old slave houses, which today constitute a series of ruins. It is also home to Mount Alvernia, the highest point in the Bahamas (207 feet above sea level). Besides these historic and geographic interests, the surroundings of Cat Island are absolutely beautiful, to the point of justifying a stopover.

It would be difficult to describe all 700 islands. Long Island, Berry Island, Ragged Island and Rum Cay, for example, are very interesting. In addition to the paradisiacal landscapes, the transparent waters, the reefs and coral, the richness of the archipelago also comes from people, friendly and welcoming. They have made interbreeding a strength and they succeeded in turning their islands into a wonderful place to stay without jeopardizing the natural balance of nature. Beyond the postcard, the Bahamas is a rich destination, as much for the sun and sea lover as for the contemplator of surprisingly preserved nature.

Axopar is one of the biggest successes of the nautical industry in recent years. During the last Düsseldorf Boat Show, the CEO presents the all-new brand, Brabus. A good occasion to asked few questions to […]