Garmin International announced Panoptix LiveScope – a live scanning sonar that gives anglers higher resolution and easier-to-interpret images of structure, bait and fish swimming below and around the boat than ever before. Garmin’s revolutionary Panoptix all-seeing sonar technology was the first to deliver live sonar images in real-time – forwards, backwards, sideways and below the boat – even while stationary. Now, thanks to the active scanning capabilities of Panoptix LiveScope, anglers can see images and movement so clear and precise that it’s even possible to distinguish between species of fish. See LiveScope in action here.

“We took scanning sonar and made it Panoptix,” said Dan Bartel, Garmin vice president of global consumer sales. “By combining two game-changing innovations – scanning sonar and live sonar – Panoptix LiveScope delivers the best of both technologies and there’s nothing out there even close to it. Once you’ve seen fish in this level of detail in a live, real-time image on your chartplotter, all other sonar is history – literally.”

Like other Garmin Panoptix transducers, LiveScope features two modes in one transducer –LiveScope Down and LiveScope Forward – and can be installed on a trolling motor or the transom (recommended only for LiveScope Forward). Depending on the angler’s fishing preferences and techniques, LiveScope can easily be adjusted to change views. Simply point the LiveScope transducer down to see directly below the boat, or forward to see around the boat. Either view provides incredibly sharp, real-time scanning sonar images up to 200 feet down or away from the boat, even when the boat is stationary. LiveScope is also equipped with an attitude heading reference system (AHRS) that constantly adjusts sonar beams to compensate for boat motion, so even in rough conditions, anglers will still see a steady sonar image. 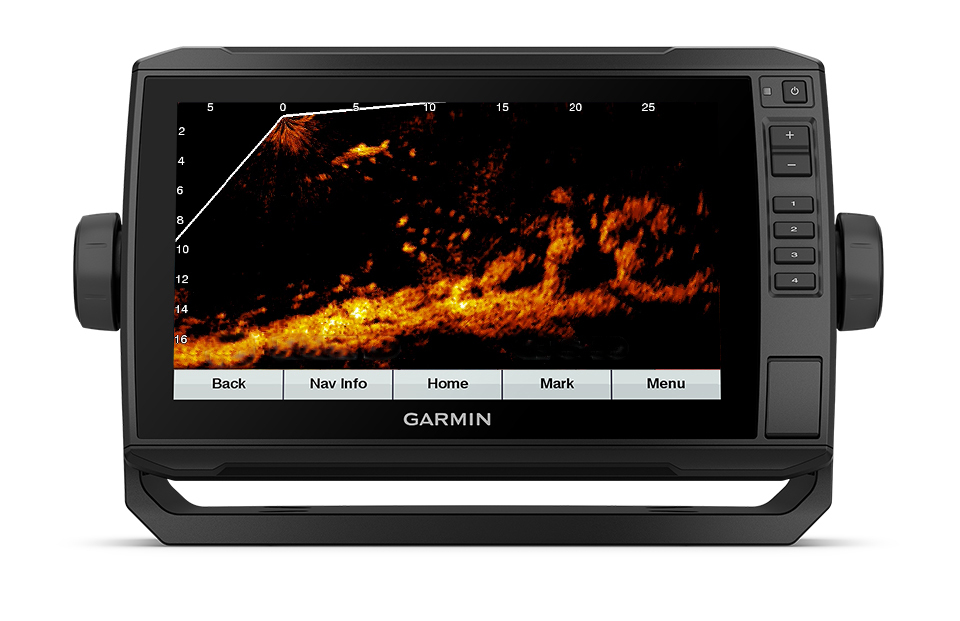 The First and Only Live Scanning Sonar for Recreational Fishing

Panoptix LiveScope is being introduced in conjunction with a global 360-degree advertising campaign called “Sons of Fishes 2” that features Garmin-sponsored professional anglers Jason Christie, two-time BASS Elite Series champion, and Bill Dance, bass fishing’s elder statesman and ambassador. The Sons of Fishes sequel includes television, print, digital and social media executions that show a rival fishing club, The Bad Basses, attempting to claim the Sons of Fishes’ spot on the water and coveted LiveScope technology for themselves. To find out which fishing club prevails, check out the full commercial here.

Available now, the Panoptix LiveScope system has a suggested retail price of $1,499.99.

Navico, (Lowrance, Simrad and B&G) and Garmin International Inc., announced today that they have ended a three-year-long legal dispute relating to sonar and auto guidance patents. The agreement includes a broad cross licensing of patents […]

Garmin International, Inc. announced that is has been selected as the exclusive marine electronics supplier for the Independent Boat Builders, Inc. (IBBI), the industry’s largest purchasing cooperative comprised of a 19-member network of leading boat […]