“There is Always Some Kind of Development in The Shipyard”

Targa is one of the most famous Finnish brands. Founded almost 50 years ago, the company follows its own way between tradition, innovation and excellence. Robert Carpelan, Marketing manager and founder’s son explain to us the reasons for their success.

Y&S: Can you introduce your company in few words ?

Robert Carpelan: Targa it’s a range of boats that can be used on every sea. The boats are high quality  made and practical for many different purposes, pretty much a multifunction boat. The Targa brand is originally from 1979, it was the year when the first Targa 25 was launched but the company obtained the rights to use the name in 1984. Before that, it was more or less on a prototype stage so the real development started in 1984 with the next step, the creation of the Targa 29 and then follow the 23 and 27.

Y&S: One of the characteristics of Targa is that you keep a very conservative aspect but at the same time, you use very modern ways to build the boats. How do you manage this duality ?

R. C.: Yes, we have been pioneered certain technics, for example vacuum infusion lamination, that was already done in 2004 on the 42 hull and it was the first time, at least in the Nordic countries. Now we also use this technology for the Targa 46, 44, 32 and 30. 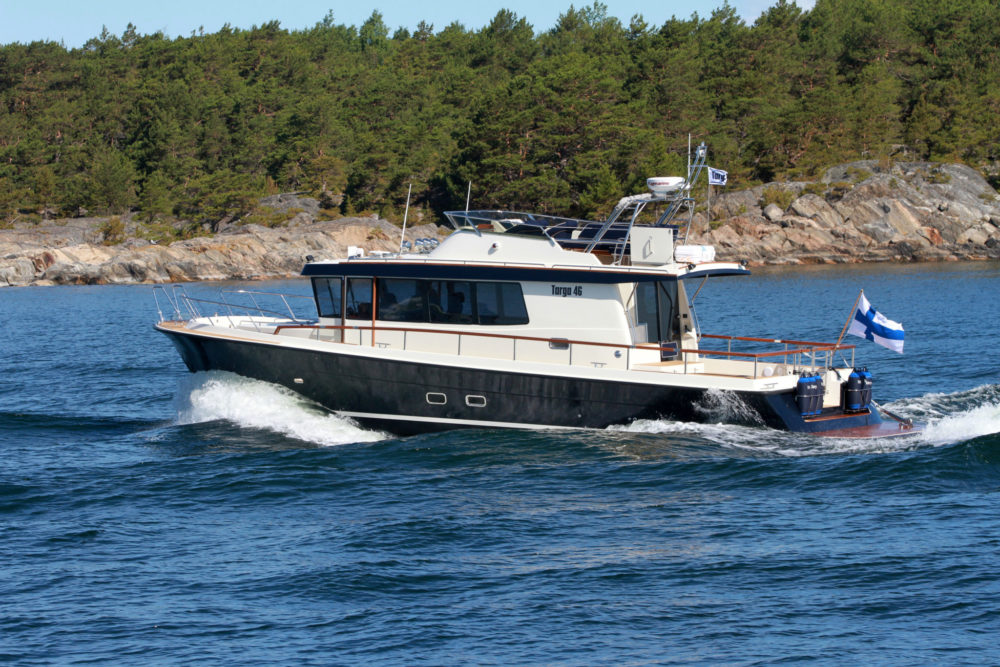 Y&S: Beside the infusion, what are the last innovations and last improvements in the boats ?

R. C.: The IPS was also a big move, we were one of the first to adopt the IPS on the Targa 42 and 44. We also try to use the latest navigation equipment and we offer it to our client to customize their equipment from anything very simple to very complicated system for special needs of just serious pleasure fishermen. For example, for a customer in France, we had built a very complicated and very high end sonar system.

Y&S: Some years ago you introduced something very new in the boat, it was the back door. How was the reaction of your customers ?

R. C.: For our professional boats or governmental boats, we had been doing the back door for many years. For leisure boats, we introduced the back door on the Targa 44 in 2013 and we started to consider that for more models. On the biggest models it’s very attractive for people and almost all the clients ask for it. Now when you go down to 30, 32, you gain the back door but you lose some of the practical layout inside the boat. 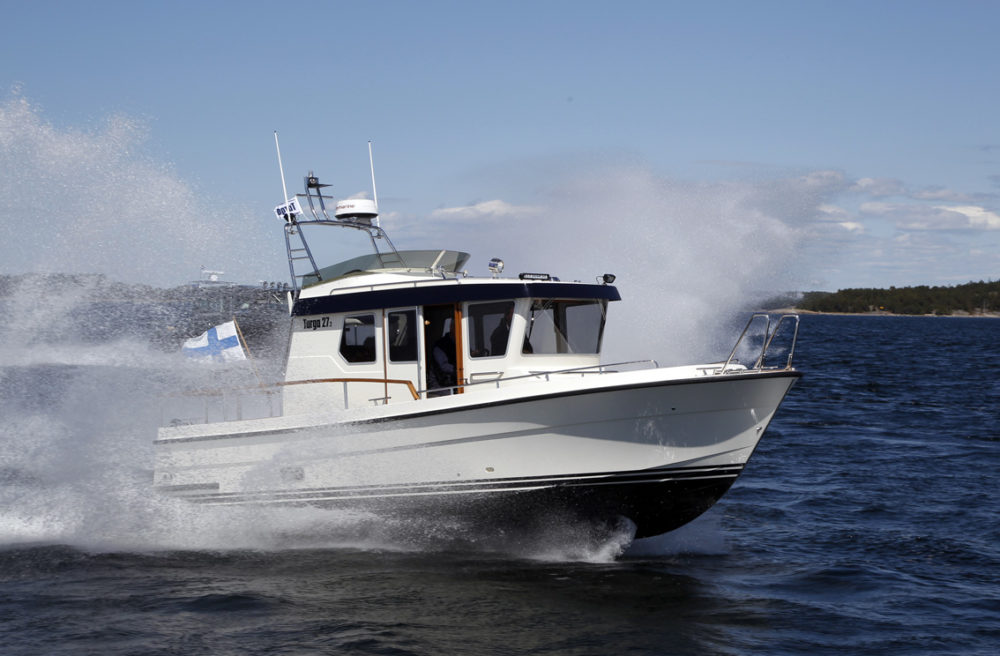 Y&S: You represent the new generation of the Targa family, do you have some new ideas for the future ?

R. C.: My ambition is to stay number one in our niche, we will probably stay in this niche and we want to be sure that what we do, we do it very well to keep the heritage of Targa boats even if we continue to modernize the boats.

Y&S: Can you tell us a little bit about your new projects or new developments ?

R. C.: Recently, we had developed the Targa 27.2 and for the future, we already think about some different layouts and different alternatives for the 27 because for the moment we have only one kind of layout and the flybridge version but we are working on something different. We also think of making an outboard version of this boat. So, even if we don’t do totally new models very often, there is always some kind of development in the shipyard.

Argo Yachting, the luxury motor yacht sales specialist and sister company to Princess Motor Yacht Sales, has been appointed sole importer and distributor for Chris-Craft in the UK. Under the Argo Yachting umbrella, Chris-Craft UK […]