Mercury Marine has officially broken ground on a new expansion at its global headquarters in Fond du Lac.  The two-story NVH (Noise, Vibration, Harshness) facility’s first chamber, and the office space is scheduled to be completed by October 2018 while the second chamber is targeted to be completed by the end of the year.  The $10 million investment will add close to 20,000 additional square feet to the more than 2.5 million square-foot campus.  With this latest expansion, Mercury has now invested more than $800 million since 2009 in expansion and R&D with most of the work again being outsourced to Wisconsin-based companies.  Wednesday’s event was attended by members of the Mercury team, community leaders and many of the partners who are working on the project.

NVH is the engineering practice of studying noise, vibration and harshness characteristics; these are integral to the boating experience, ensuring the quietest and most peaceful engine for the consumer.  The new technical center will contain two marine-specific hemi-anechoic chambers, structural dynamic testing bays, listening rooms, offices and workspaces.

Further proof of Mercury’s commitment to NVH leadership is the company’s all-new 3.4L V6 200hp FourStroke outboard engine, which was launched in February 2018, is 15-30% quieter with 50% less vibration than the leading 200hp four-stroke competitor. 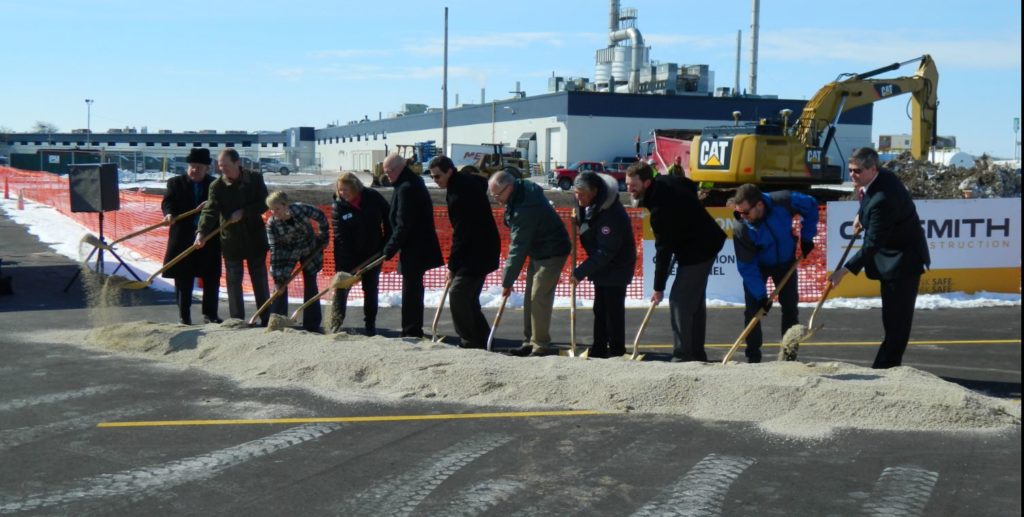 “One of the many things that sets Mercury apart from the competition is our investment and commitment to ensuring that every engine we manufacture is the quietest and most reliable engine in the world,” said Tim Reid, Mercury Marine vice president of product development and engineering.  “This new facility will allow us to continue to support NVH development and allow our engineers to study every noise, movement and performance indicator on every engine that enters the market.  In the end, our consumers will benefit from a fantastic experience with their Mercury engine.”

The new facility will be Mercury’s third major expansion in the last 18 months.  In early 2017, Mercury officially opened its new $24 million EDP paint plant and in April 2017, Mercury commissioned a 4,500-ton high-pressure die-cast machine, the largest in North America.

“We made a commitment to the community and the marine industry in 2009 that we would grow and invest in the company and we have more than exceeded those commitments,” said Reid.  “We will continue to delight boaters with world-class engines and continue to invest in the business.  This new facility is another example of our commitment to building the most refined and reliable engines in the marine industry.”

The North American Die Casting Association (NADCA) has awarded Mercury Marine’s V-8 engine block as the winner of the Aluminum – Over 10lb category for the 2018 Die Casting Competition.  The award honors Mercury’s launch […]

Mercury Marine will celebrate its 80th anniversary throughout 2019, reflecting on its strong heritage of innovation and leadership in the marine industry.  On January 22, 1939, E. Carl Kiekhaefer purchased a bankrupt engine manufacturing plant in Cedarburg, Wisconsin. […]